Boris Johnson has pledged to extend the DLR to Bromley and reinstate the tram plans he cancelled five years ago.

The Mayor announced the proposals in his transport manifesto on Monday.

He promised to continue the DLR from Lewisham, followed by a tram from Beckenham to make an orbital rail loop.

He also said he would develop a Tramlink extension to Crystal Palace.

Mr Johnson scrapped the £170million Crystal Palace tram extension in 2008 after he was elected. He has not divulged how he will fund the new projects.

The Mayor said he would lobby the Government to let him take over suburban railways, promising to tackle over crowding and expand cycle hire in Bromley town centre.

“It is time to build on the success of Oyster and push for a more fully integrated underground and overground system,” he said. “We want to lengthen the trains from Bromley South and Victoria up to 12 cars on most services.”

Bromley Council leader Stephen Carr admitted the borough had been ignored for large scale transport plans over the past few years but blamed it on Crossrail and the Olympics.

He said: “It’s exciting news. Bromley North Village and Bromley South Central developments in High Street would stand on their own feet but these transport plans cement them.

“With Bromley only 15 or 16 minutes from the West End, it is becoming a really significant part of the south London offering. This is massively important news for anyone travelling to Canary Wharf or The City.”

Mr Johnson has also promised to increase the capacity of the East London line, which runs to Crystal Palace. 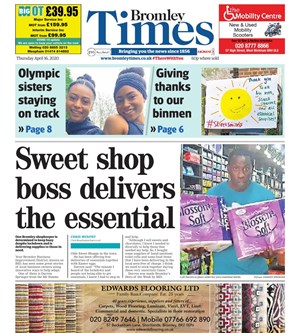